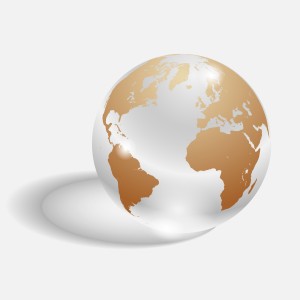 The Cyber Intelligence Sharing and Protection Act, or, CISPA, is a proposed law in the United States which would allow for the sharing of Internet traffic information between the U.S. government and certain technology and manufacturing companies.  The aim of the bill is to help the U.S government investigate cyber threats and ensure the security of networks against cyberattack.

Its predecessors, SOPA (Stop Online Piracy Act) and PIPA (Protect IP Act) were blocked earlier this year; however, CISPA has been passed in the House of Representatives and is now awaiting attention in the Senate.

While SOPA and PIPA were meant mostly for stopping pirated material from being transferred over the internet, CISPA is an entirely different can of worms.  Succinctly put, it allows both the government and private businesses to share information about cyberthreats.  (Cyberthreats are anything making “efforts to degrade, disrupt or destroy” vital networks, or anything that makes a “threat or misappropriation” of information owned by the government or private businesses.)  CISPA rewards companies for collecting data from internet users, intercepting or modifying communications, and providing this information to the government.

What does this mean to you, as a company with a website?

CISPA mostly affects individual internet users, however, its intent is to allow companies to protect their computers and networks against global cybersecurity threats.  Information-sharing with the government is voluntary; however, data anonymity is encouraged and not required (from “CISPA Will Improve U.S. Cybersecurity” by Matthew Eggers at the US News and World Report).

According to an article from the Electronic Frontier Foundation, “One of the scariest parts of CISPA is that the bill goes above and beyond information sharing. Its definitions allow for countermeasures to be taken by private entities, and we think these provisions are ripe for abuse… These countermeasures could put free speech in peril, and jeopardize the ordinary functioning of the Internet… These countermeasures could even serve as a back door to enact policies unrelated to cybersecurity, such as disrupting p2p traffic.”

Where do you stand?

Appletree MediaWorks believes privacy is of the utmost importance, however, in a democratic society such as ours, we recognize the need for discourse on all topics of this nature.  Please feel free to comment with your opinion on CISPA.