Choosing the Best Web Browser for You

You are here: Home » Web Solutions Blog » Choosing the Best Web Browser for You 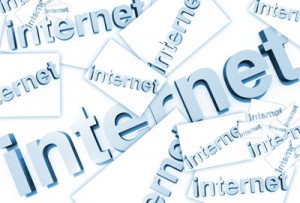 Since there are so many available, you may have a difficult time choosing the best web browser for you. Since they each have unique advantages and disadvantages, it can become overwhelming to find exactly what you’re looking for. Therefore, we put together this handy guide to help you find the best web browser (for you).

When choosing a browser, you should decide which factors are most important to you. Since everyone has their own priorities, certain considerations will be more important to you than someone else. You should probably choose 2 or 3 aspects to focus on, rather than expecting a perfect match on every point.

Speed – Chrome has fast boot up and loading times.

Mozilla Firefox has a simple interface with one-click buttons. Firefox offers extras such as: Firefox Hello (A video chat service compatible across browsers), and “Crash Protection” for plugins to automatically restart after crashing. Because Firefox adheres strictly to the W3C standards, it remains one of the most universally accessible browsers on the market.

Speed – While Firefox is fast and getting faster, Chrome is still in the lead.

Customization – Firefox has an “Awesome Bar” that learns from your Internet searches and finds content tailored for you. They also offer themes to customize the look of the browser.

While Opera is known for speed, another cool feature is it’s easy navigation using Opera Mouse.While clicking and holding down your mouse button you can move the mouse back and forth to jump pages, or up and down to scroll. Most noteworthy, it now comes with a built-in free VPN client for secure browsing.

Safari is optimized for Mac users. It features a favorites and bookmarks bar. Another great feature is its reader mode, which can render pages in an easy to read text-only format.

Speed – While Safari is pretty fast, it still lags far behind Chrome.

Extensions – Safari has extensions but not as many – more are coming. While we wait, the ones available so far are pretty useful.

OS Compatibility – Safari is geared towards Mac users but some versions do work on Windows. Safari does not support Linux.

Developer Tools/Needs – Safari uses webkit which may appeal to developers, and it is pushing HTML5.

The Death Of Internet Explorer

Finally, there is a good reason why I left this Browser out of the comparison. Since January 12th, 2016, Microsoft no longer supports any version of Internet Explorer except 11. Consequently, you should uninstall IE from your system immediately. Because Microsoft won’t release any new security patches, exploits will go unfixed. Furthermore, leaving outdated software on your system potentially opens up doors for hackers.

All Browser Logos from https://en.wikipedia.org/wiki/Main_Page