Blue Light Insomnia: Is Your Phone Keeping You up at Night?

You are here: Home » Web Solutions Blog » Blue Light Insomnia: Is Your Phone Keeping You up at Night? 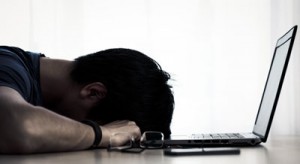 Today it has become more and more common to hear about someone feeling tired even though they got enough sleep. Your smartphone may be to blame. Our electronics tend to distract us from going to bed, disrupt our sleep with constant sounds, and hurt our health with their blue light.

According to PEW Research “44% of cell owners have slept with their phone next to their bed because they wanted to make sure they didn’t miss any calls, text messages, or other updates during the night.”

It’s not just our smartphones but also tablets, e-readers, and laptops causing these problems. Not to worry, there are some solutions to help you get a better sleep without ditching your electronics.

What is blue light?

Melatonin Suppression – Blue light is very similar to the sun which suppresses a chemical melatonin in your brain, keeping you awake. At night, your body naturally produces this melatonin to help you fall asleep and sleep soundly.

When you use your blue light emitting devices even a couple hours before bed, it messes with those melatonin levels and makes it more difficult to fall asleep. It also reduced the total number of REM sleep minutes which is considered to be the most restorative form of sleep.

Why is this such a problem? Not only do you feel tired throughout the day, but there is a long list of health problems that come with bad sleep.

Bad Eye Health – Studies have shown that blue light can cause similar eye damage as UV light (the light the sun produces). While we know not to stare at the sun, we spend hours staring at our electronic devices.

Some eye health problems it can cause are macular degeneration and eye strain. Health problems specifically linked to exposure of blue light at night are cancer, diabetes, heart disease, obesity, and increased risk of depression. (BlueLightExposed)

While the most obvious solution may be to stop using your devices as much, especially at night, it’s not the most practical, solution for most of us. Instead, there are ways to lessen the blue light your electronics give off.

F.lux
This is software that changes the temperature of the screen depending on what time of day it is.

Orange Glasses
These are glasses that are tinted an orange color to filter out the blue light on your devices. This is a one-time fix for all your devices.

Sleep Shield
This is a screen filter from the US that also cuts down the blue light emission from your device.

Ocushield
This is a screen filter from the UK that cuts down on the blue light emission from your device.

CF.Lumen
This is an app that uses a custom driver to control which colors are displayed, making the screen easier to read while lessening blue light emissions.

Twilight
This is an app that gradually changes the temperature (red tint) and brightness of your screen through the day. You control what levels it eventually reaches.

Oyster EbooksThis device has a filter called Lumin built-in to filter out blue light.
Lux
This is an app that adjusts brightness automatically which affects its blue light emissions.

Distraction From Going to Sleep

Not only does your device’s blue light make it harder to fall asleep but being distracted by social media, emails, games, and surfing the web on your device can keep you up way past bed time.

According to Lookouts Mobile Mindset Study “54% said they check their phones while lying in bed: before they go to sleep, after they wake up, even in the middle of the night.”

It may be difficult to change these habits but there are some practical guidelines to follow:

Set an End Time – Give yourself a time to stop using your electronics. This means using will power to stick to your time limit.

Do Not Disturb – This is a feature on iOS devices allowing you to turn off calls, alerts, and notifications. Having less notifications will make it easier not to use it.

You can also schedule a time for this to turn on automatically and enable exceptions in case there’s someone you don’t want to block, even temporarily. Most phones have the option to set it so that if someone calls you twice within 3 minutes, the second call will still get through.

Blocking Mode – This is Android version of do not disturb. This built-in feature gives you the option to:

Turn Off Sound/Vibrate – Silencing your phone or even setting it to vibrate can make it easier not to use your phone.

While you are sleeping  the light and sound from notifications can wake you up and disturb your sleep.  “And four in ten adults and teenagers said there had been occasions when they checked their smartphone in the night after it woke them up.” (DailyMail)

A lot of solutions are similar to the solutions to stop it from distracting you.

Keep Your Phone Away From Bed – Have your phone either in another room. Many use their phones for an alarm so that may not be an option. Another solution is to keep it on the opposite side of the room.

Worst thing that can happen is you actually have to get out of bed to turn off your alarm but that should be easier with a distribution free sleep. 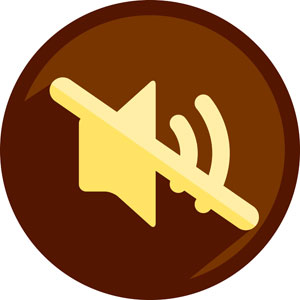 Turn Off Sound/Vibrate – Silencing your phone or even setting it to vibrate will limit the chances it will wake you up in the middle of the night.

Do Not Disturb – This is a feature on iOS devices allowing you to turn off calls, alerts, and notifications. Having less notifications will limit the chances it will wake you up in the middle of the night.

You can also schedule a time for this to automatically turn on. You can also set allowed contacts for those you do not want blocked. Also you can set if someone calls you twice within 3 minutes the second call will be allowed.

Blocking Mode – This is Android’s version of Do Not Disturb. This built-in feature gives you the option to:

As with Do Not Disturb, you can set schedules and exceptions for this mode.