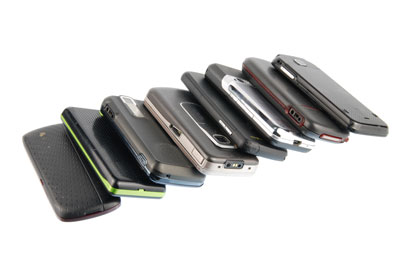 “The Snappening”: Hackers have done a massive online leak of as many as 200,000 photos and videos, some of them nude, captured using photo messaging app Snapchat.

The compromising Snapchat photos and videos are in the process of being leaked onto popular online forum 4Chan, the same site that housed the first leaked nude photos of actress Jennifer Lawrence and other celebrities.

Hackers were able to collect user photos and videos sent through a third-party app that lets you save Snapchat transmissions. Within the traditional Snapchat app, photos and videos that users send to friends “disappear” after several seconds.

Kmart has been targeted in a data breach that exposed the debit and credit card information of customers. Sears Holding Corp. said in a Friday statement it is working with federal agents and a private security firm to investigate the breach of its discount retail subsidiary’s systems.

The chain’s store payment data systems was infected with a covert form of malware that exposed consumer data. The breach took place in early September but was undiscovered until Thursday. The malware was removed from the systems, but not before “certain debit and credit card numbers” were compromised, Sears said.

If you’ve shopped Sears or Kmart since September, see your bank for a new debit or credit card.

Dairy Queen Was Hacked as Well

Dairy Queen reported Thursday that about 400 of its restaurants have been hacked.

The chain blamed malware called Backoff for the breach, which compromised payment card numbers, customer names and expiration dates for purchases made between August and October 2014.

Dairy Queen is offering “free identity repair services” for a year to any affected customer. Again see your bank for a new card.

**Maybe consumers should think about using cash whenever possible, until a more secure solution can be found for credit and debit cards.

The event will feature updates to Apple’s iPad line, OSX 10.10 Yosemite as well as the new Retina iMacs. Mac mini updates would be nice too.

The event will also feature Yosemite, presumably the OS will be released soon after the event, if Apple follows historic patterns.

U.S Government Has Its Head in the Clouds

As government offices are moving away from keeping paper copies of forms, they’re looking for an efficient way to store data, lots of BIG DATA. It’s estimated that the government will invest $18.5 billion in cloud computing by 2018. Cloud computing will allow for data to be shared and stored between service centers and offices. Of course this makes us all nervous – very nervous, after all of the recent hacks of credit cards and personal information. Good thing a lot of that budget is aimed at security technology.

Look Out for the SandWorm!

Yesterday a Windows vulnerability being called “SandWorm” was uncovered. It impacts all versions of Microsoft Windows. (Picture the giant sand worm in star wars… this is BIG)

Windows has released important updates for all computers. EVERYONE should run their Windows, Java and Adobe programs to close these security holes.