You are here: Home » Web Solutions Blog » Chinese Internet Censorship Holds Back Freedom
Earlier this month we celebrated the World Day Against Cyber Censorship. This is a rally for an unrestricted internet and a fight against governments deterring and censoring online free speech. 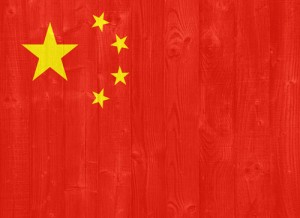 Amnesty International notes that China “has the largest recorded number of imprisoned journalists and cyber-dissidents in the world“. They remain the leading example of the problems cyber censorship creates. The government blocks many websites, searches, and software based on content alone. Now a new rule could make Chinese Internet censorship even more restrictive for its citizens.

China blocks searches that involve a negative take on the government, sociopolitical matters, etc. You may get a “page cannot be displayed” error or a very skewed version of the results – see below for examples

China blocks many sites simply because of their content. They block all social media except for Chinese based social media sites because of the difficulty they have complying with censorship rules. Although recently, Mark Zuckerberg has still been trying to get Facebook in China. Google also tried to make a censored version of its search engine for China but was repeatedly banned and eventually gave up.

Examples of sites that are currently blocked in China

Microsoft recently created a version of Windows 10 to fit the strict rules of censorship in China. They partnered with a state-run technology and defense company, CETC. Microsoft is not giving very much information away about how they have changed their product to make it comply, only that it doesn’t have the same apps, services, or additional device management and security controls.

Just when you think China’s Internet censorship cannot get more strict, its government announced on March 28th that websites will be more strictly managed within China under the draft Internet Domain Name Management Rules. The new rules would make sites register domain names with local service providers and with the authorities.

It is not clear whether this is going to apply to all websites or just those that Chinese servers host. As of right now, the rule is only a draft and will be going to the Chinese Ministry of Industry and Information Technology on April 25th, which will then determine if this affects websites globally or locally.

If this does apply to all websites then the global Internet might die at China’s border. Many domains would not make it by the new rules and authorities would block much of the content.

If this only applies locally this would make it much more convenient for the Chinese government to censor websites.

To explain how restrictive the rule would be, Article 28 lists out what is not allowed to be in a domain name. Here are just a few of the stipulations:

You can surf the web comparing Google in the US and the comparative Baidu in China to see the difference in censorship. The traveling pop-up Firewall Internet Cafe even sets up computers specifically so its customers can experience China’s great firewall firsthand. Different results show up depending on the topic. 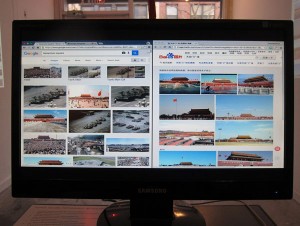 Example: Tiananmen Square
“Google pulls up the famous image of the “tank man,” among other photographs related to the June 4, 1989 massacre; Baidu, however, finds scenic snapshots of the city square. The browser also posts a line above the results that notifies users of the sensitivity of their search subject.”

How America Fights to Keep the Internet Open and Free

Net Neutrality
In America we have an open internet through Net Neutrality from the FCC. This means that we all have the right to communicate freely online, protecting our first amendment of Freedom of Speech. This also means that no internet provider can block, throttle, or discriminate against any applications or content on their networks.

Some things China has done such as blocking websites completely and filtering out results from searches, are examples of why we have Net Neutrality. This does not mean that we should take Net Neutrality for granted. In fact, it has so far withstood a barrage of attacks, specifically from Congress and cable/phone companies (Such as Comcast and Verizon).

To help Save the Internet, visit Free Press.

Proposed Acts in the US that Promote Online Censorship

Stop Online Piracy Act (SOPA)
This act would expand US law enforcement to stop copyright infringement but many worry that this promotes censorship.

PROTECT IP Act (PIPA)
The Preventing Real Online Threats to Economic Creativity and Theft of Intellectual Property Act, or PIPA, was a proposed law to give governments and copyright holders tools to curb access to “rogue websites dedicated to the sale of infringing or counterfeit goods”.  This road leads directly to a censored Internet.