Net Neutrality in a Nutshell

You are here: Home » Web Solutions Blog » Net Neutrality in a Nutshell

What Is Net Neutrality? 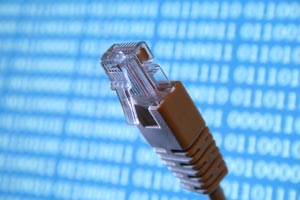 Net Neutrality is the idea that internet providers should treat all internet traffic the same way, wherever it comes from-whether it be a corporation like Google or Netflix, a small business website, or a start up. ISPs should not be able to charge more for access to certain services or create tiered systems that allow access to certain data and block or throttle others. Internet providers claim they are not against Net Neutrality, but their actions have shown otherwise.

Why Is This a Problem?

The current proposed two-tier system would allow that companies which can afford it would have access to an internet ‘fast lane.” The concern is that this would hurt startups and innovation and companies that do not have the resources to spend on the fast lane would be left with the slow lane where their ideas may never get off the ground.

Internet provider companies are dabbling in this already. Early last year, Verizon successfully challenged a court case that allowed it to disregard FCC regulations regarding blocking or ‘discrimination’ of internet traffic.

Broadband providers are classified as “information services” and NOT “common carriers” so the FCC lacks legal authority to regulate them as they do radio and television. If an ISP were classified as a common carrier instead, this would allow the FCC to ban “paid prioritization” or otherwise set rules in place.

Is It a Real Concern?

Companies have already gone the paid prioritization route.   As a recent and noteworthy example, streaming media like Netflix and Hulu use large amounts of bandwidth. Comcast had been throttling Netflix – speeds declined nearly 30 percent – until Netflix agreed to pay up. Some agreed that Netflix should pay up due to higher bandwidth use – others disagreed and called this out as extortion and an abuse by the ISP.

Who Is For It? Who Is Against It?

Generally speaking, if you are a streaming service or use streaming services, run websites, use things like Facebook and Google, or ARE companies like Facebook or Google, you tend to be Pro-Net Neutrality. If you distrust the cable companies, think the upcoming Comcast/Time-Warner deal is too monopolistic, and want the internet to keep functioning as it has been, you are pro-Net Neutrality.

If you are a large ISP such as Verizon, Time Warner, or Comcast you are against Net Neutrality. If you heavily promote free market ideals and believe the market should work itself out, or if you have more distrust of the federal government than large telecom and cable companies, you tend to question Net Neutrality.

The President Steps In

The Net Neutrality issue has been contentious, with the FCC soliciting opinions from all manner of users on the FCC website.

Then early this week President Obama stepped up officially in favor of Net Neutrality, asking the FCC to classify it as a public utility. Obama has asked for the internet to be treated with regulatory protections as if it were classified under the Title II of Telecommunications Act. He has presented a four-tier plan: No blocking, no throttling, increased transparency, no paid prioritization.

President Obama, even if he appointed FCC Chairman Wheeler to the position, has no control directly over the FCC. Wheeler has balked at the suggestions, expressing frustration at the President’s statements. The FCC Chairman likely sees himself as being between a rock and a hard place, being a former lobbyist for the cable industry and longtime supporter for Obama campaigns. The FCC is unlikely to make a decision until 2015.

What Does This Mean For Us?

The internet may change as we know it, but nobody is quite sure on the long term ramifications. It may be harder to access specific sites, they may be slower. Startups may not have the opportunity to get off the ground. Cable companies say nothing will be slowed or throttled (we have seen this to be false) – just sped up in the case of the faster lane. We may have to pay for premium internet packages which permit us access to certain internet features, or menus of selected features. This is only speculation.

Specifically, concerns that Net Neutrality fail include: degraded service, higher costs, less innovation, uneven service (faster for some, slower for others – a local media outlet might have more trouble), greater technological divide by income and demographic.

What You Can Do

The best thing you can do is contact the FCC – you can go to their website and contact them online or call them. Write or call your members of congress. And learn more about the issue, become informed, and speak out. Savetheinternet.com has information on actions you can take.