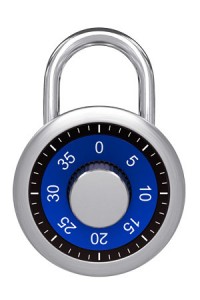 Take a photo – it will last longer. But do you really want it to?

By now practically everyone has heard about the hacker that managed to acquire private, compromising celebrity photos and post them to distribute on websites.  While all the details are still being worked out, the most common theory is that the hacker managed to get to these photos through the use of brute force software and an exploit or hack in iCloud, Apple’s iPhone cloud service.

This particular episode in questionable internet security is making news because of the enraged celebrity targets and the wildfire pace at which the images are making their rounds, but this sort of data breach could happen to anyone. And until Apple and investigators figure out and announce just what happened, users are left trying to keep things secure as possible.

What can you do to keep your data secure?

Email is inherently unsecure. Do you really need a backup of all of your emails sent up to a vulnerable cloud too? It’s likely your work email is backed up by your employer and usually personal email providers backup their own email servers, so don’t allow your email to be copied to a cloud too. If you truly need an important email for reference later? Go old school: print it out and store it in a safe or forward it to an encrypted email server for storage.

Cloud storage is not inherently the most secure way to keep data, and it’s also known as a potential target for hackers. Incidentally, if you have an Apple phone or tablet, Photo Stream may be active and you might not even know it.

You can disable the Photo Stream by doing the following:  Go to “Settings,” then “Storage & Backup” and stop the “Photo Stream” feature. This will stop all your photos from automatically uploading to the cloud.

Android and other phones have their own means of cloud backups to check into as well. Some require setting up manually, and others may prompt you to activate them. Read the messages you are given, and check into your settings from time to time.

Although it may not have helped in the case of the iCloud hack, 2-Step Verification increases security in devices, and many services including Apple, Twitter, and Gmail have it. 2-Step verification requires that after the user enters a password, you go through an additional step of verification (such as entering a code you are texted) on new devices.

Without blaming the victim, keeping compromising photos off easily accessible devices warrants mentioning as well. While phones make it easy to take and send a quick snapshot, this is not inherently secure. And on the user-end, even if your own tech is secure remember that any photo you send to someone else could end up on the wilds of the internet.

If you want to take those potentially compromising photos? A camera may be a better option.