Tag Archives for google plus

You are here: Home » google plus

Google Plus Will Soon Be Negative

on February 20, 2019in Blog, Social Mediatags: Google, google plus, shut down, shutting down 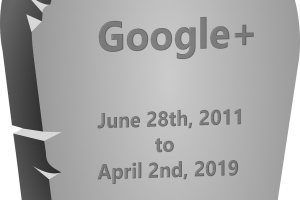 Google Plus has remained unpopular since its start in 2011. After multiple security flaws, the social media platform is shutting down….for consumers at least. Security Problems In October, 2018, it was found that the information of over 500,000 accounts was made vulnerable to app developers, even though the information was marked as private. This included […]