You are here: Home » Web Solutions Blog » What is Ello? 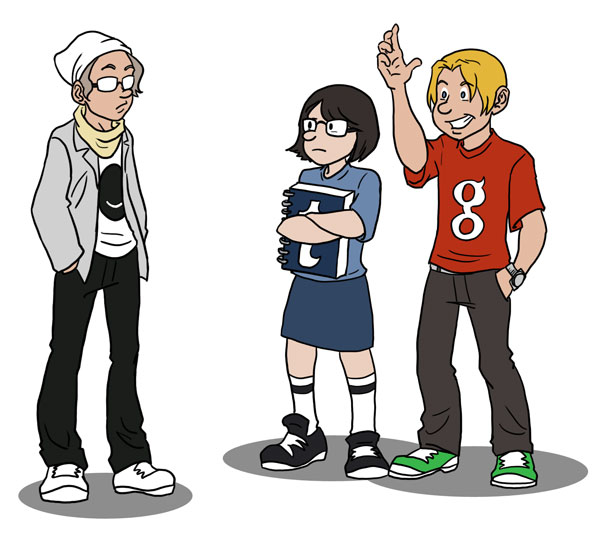 Much of the tech or social-media sided web has discussed Ello. These conversations frequently come in the same breath as something disparaging about Facebook, which gives indicator that it is presumably, a competitor. But just what is Ello, and is it going to live up to the hype! Read on for some answers, and some noncommittal predictions.

To begin with, the obvious: Ello is a new social media platform. If Facebook and Twitter had a child, and that new-kid artsy hipster child was just a little too cool to hang out with Tumblr with its weird (and occasionally questionable) hobbies, and found G+ – product of influential parents – to be absurdly outgoing and trying way too hard? That might be Ello.

Originally created by a group of designers and developers to be a private social network, Ello strives to be different right off the bat. And in a world of multiple social media platforms, it needs to. Ello caters to users who are burned out on Facebook’s unilateral decisions and catering to advertising, and to users who are disenfranchised with the notion of being a data-gathering product of Facebook. Ello’s big boast is that it does not collect and sell your data to advertisers, and never will. Instead, Ello claims that it will have special features which users can purchase if they want, and that is how the company intends to fund the platform. Will that be enough to support the massive number of invite-only users trying out the platform? Comments sections the internet over are on fire over this question.

Visually, Ello is stark, and fairly easy to figure out because it is designed to be simple. White background, with blacks and grays – it looks the part of extreme minimalism and a courier –style typeface. You can customize your page and add a little color by giving yourself a header image, not unlike Twitter, and adding an avatar.

Adding friends is a little like following people on Twitter, and you can type @users to address someone in particular. The Omnibox is your basic post-box, people have the ability to comment, and you can upload media. There is no ‘like’ button, but Ello states that in the near future it will have a ‘Love’ button.

You have two options for following people – Friends, or Noise. Noise is @ello, and populated by photographers, designers and graphic artists at this time. Much like Tumblr, Ello is set up to accept animated GIFs and may find itself rapidly integrating with the same sorts of users that populate the more visual social media platforms. Friends, on the other hand, is the wall where you view people you have friended and the things that they post.

Beyond this, the ‘Discover’ area is where you get a search bar which, at this point, seems about clunky and less useful than it could be. Ello’s feature list promises to improve this, along with the addition of an emoji index, user blocking, audio integration, multimedia commenting, and mobile apps.

But will it last?

This remains to be seen. A number of social media platforms have popped up only to burn out rapidly through the years, and Ello’s pride is also its disadvantage: with no income from advertisers, the question on whether it could handle long term widespread popularity has been debated extensively. It could be a momentary fad, getting attention from people that want desperately to escape Facebook and its games only to die shortly after, it could fall into a particular niche audience, or perhaps it will prove to be a true alternative.

Time will tell, and Ello has time. The platform is still in beta, and still invite-only. It’s definitely worth watching.