What’s New With Apple? Are the Products Worth it?

You are here: Home » Web Solutions Blog » What’s New With Apple? Are the Products Worth it? 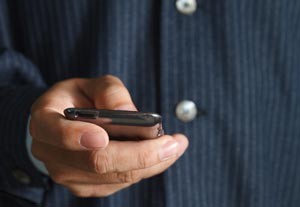 At the Apple event held September 9th, 2015 they expressed that they want to own every screen in your life. They focus on the upcoming devices including the Apple TV, iPhone 6s and 6s Plus, and iPad Pro, but are the products worth it?

The new Apple TV has a specialized operating system called tvOS. This OS features include:

A touchpad Siri remote comes with TV that has a simple design, motion sensor, and voice control. Siri makes it easy to search on the Apple TV. All you have to do is press the voice command button and say whatever it is you would like to watch. For an example, you want to watch SHOW all you would have to do it push button then say “Find SHOW” and Siri brings up the top results.

This new restriction will obviously limit the complexity of games that are available on the Apple TV, which is definitely not a good thing. While the Siri Remote is far improved over the previous Apple TV remote, it is by no means as well designed for gaming as a dedicated gaming controller. – 9to5Mac

The most anticipated features of Apple’s iPhone 6s and 6s Plus are:

The new iPad Pro has many new improvements including:

The biggest problem is it’s not marketed for business customers. Businesses do not want to make the switch because it’s an expensive device that does not offer specialized business apps. Another complaint is the price “It’s about the same price as Apple’s own MacBook Air, a laptop” – Reuters