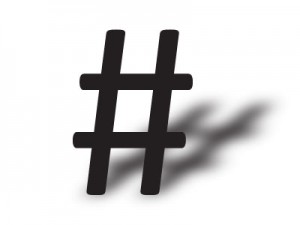 Hashtags: you see them here and there on the Internet, scattered around posts in all forms of social media. Some people loathe them, some abuse them, and most stand somewhere in between. Once considered just a trendy fad, they’ve caught on in a big way. But what are hashtags? How useful are they? And just what do they do?

The History of Hashtags

Once upon a time in the early days of Twitter, its users were looking for ways to sort and group things topically. One of their users snagged the # sign from IRC and introduced it as a means of contextualizing and filtering information. Not everyone was thrilled with using the syntax as a combination grouping and meta-data – Twitter’s cofounder, for example, thought it was too nerdy. But ultimately, the company embraced it, and the rest is history.

Since then other social media platforms have jumped aboard: Facebook, G+, Tumblr, and many others. Google has even made the hashtag searchable, though it has made G+ searches their priority.

Where Should I Use A Hashtag?

Those new to the use of hashtags might be a little mystified by their use, particularly since so many people use them wrong or abuse them in some fashion or another. Some people on the Internet have become enraged by the overuse of hashtags, developing an irrational distaste simply due to overuse. But there is a proper use and best practice; doing otherwise lessens their value.

Making a hashtag is easy. You start with the pound sign (#) and then add a word or phrase – there are no set hashtags you must use. Spaces are not allowed, but underscores are. You can make up your own, but be aware that many have been used, and if you’re curious about the context others are using, do a quick search in the search box of whatever platform you’re using, or even Google. You’ll find lists of what’s trending in the world of hashtags – what’s most popular.

Think carefully about what you’re posting, and the context you’d like to add – this will produce the best hashtag decisions.

One or two hashtags per post (and perhaps not even every post) is usually sufficient to take part without getting excessive. You can use multiple hashtags to make your post more specific, but just adding extra hashtags in hopes of more exposure tends to have diminishing returns. Three or more seems to lose attention and makes your post difficult to read.

Hashtags are not case sensitive, so the platforms don’t care if you’re using capitalization or not, but adding capitalized words helps to make a hashtag easier to read in cases where more than one word constitutes a single hashtag.

Do not go crazy with the hashtags, either. Sometimes, people will use a hashtag as each word in a post to add emphasis. This destroys the point, and also makes reading the post difficult at best. This kind of overuse also gives fodder to the vocal anti-hashtag advocates.

Hashtags don’t have any sign of going away, and with their simple and common use, it’s easy to embrace the pound sign and join in on the conversation. Adding context and depth to otherwise short and limited posts, hashtags help to link your posts up with broader communities and to the web as a whole.