Google Plus Will Soon Be Negative

You are here: Home » Web Solutions Blog » Google Plus Will Soon Be Negative
Google Plus has remained unpopular since its start in 2011. After multiple security flaws, the social media platform is shutting down….for consumers at least. 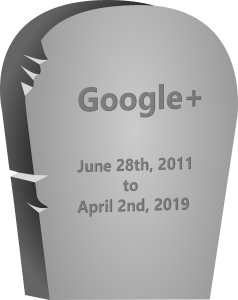 In October, 2018, it was found that the information of over 500,000 accounts was made vulnerable to app developers, even though the information was marked as private. This included the names, email addresses, occupation, gender, and age of users. The bug went unnoticed for about three years. With that, Google claimed they found no proof that any developers misused the private information or even knew about the bug. Google then announced the initial plan to shut down Google Plus in August of 2019. Then in December of 2018, they announced that a software update done the previous month exposed the private information of users again. This time, 52.5 million users were affected. The bug was found in November of 2018 and fixed within a week. The shutdown of Google Plus for consumers moved up to April.

The Future of Google Plus?

Amid the shutdown of Plus, Google will be investing more into the enterprise version of the platform for corporate users. Google Plus will remain part of G Suite. G Suite is described by Google as a group of “intelligent apps that make working together easier, for faster decisions and better business results.” Google Plus will be a social network strictly for internal business, and it will be completely rebranded from before.

If you are one of the few people who spends more than 5 seconds on the site (yes, really), although there is no rewinding its demise, there is a way to save your data. You can learn how to do that here. Make sure to jump on that before April 2nd, when Google begins deleting data.

Tips for Businesses on Google Plus

Some people may say it has been a good run for Google+. Others may say they still don’t know what it is. Either way, it’s time to say goodbye to this social media beast as it’s laid to rest for consumers.