2015 the Year of Artificial Intelligence Technology

You are here: Home » Web Solutions Blog » 2015 the Year of Artificial Intelligence Technology 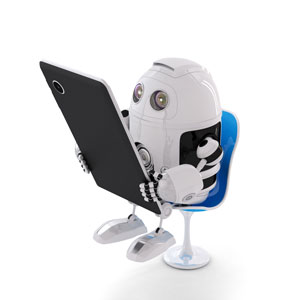 We talked last time about self-learning personal assistants and just how far artificial intelligence technology is going to go.

There’s been a lot of fear about the future of artificial intelligence. Technology subject matters experts such as Elon Musk, Stephen Hawking and Bill Gates are all concerned for the inevitable robot overlords taking over the world.

The Terminator Won’t End the World, but He Might Take Your Job

But Baidu chief scientist Andrew Ng —one of the world’s best-known Artificial Intelligence (AI) researchers and a guy who’s building what is likely one of the world’s largest applied AI projects, the Google Brain project — says we really ought to worry more about robot truck drivers than the Terminator.

Ng thinks that AI is going to impact societies, but more regarding jobs and such. With cars being able to self-drive now, more job face robot take over. Ng says that should be the real concern.

In an fast changing, technology filled world careers are challenged every day and humans may need to reconsider their career paths before a robot gets in their way.